We’ve been doing lots of fun science work around here! This is turning out to be a very fun topic for my kids because there are SO MANY real-life examples to use that it feels important and relevant to them. They did a really great job and had a lot of fun. Today I bring the first of a few installments about our basics of physical science lessons.

Like all homeschool unit studies, we begin with a large pile of library books. It always surprises me which ones they enjoy the best. This time, they really loved this skinny little paperback we found called, Why Doesn’t The Earth Fall Up? by Vicki Cobb. The book takes you through the basics of motion and Newton’s three laws. It includes ideas for how to put them to the test, and lots of history, too. My kids were amazed to learn they were wrong when they predicted the heavier baseball would land before a marble when dropped at the same time.

After discussing gravity and the moon, orbit and centrifugal force, we moved on to pendulums. I sent the kids outside to experiment with the swings. I asked them to give the empty swing a big push and time how long it would swing before changing direction. Then I asked them to time a small push and tell me what they found. Again, they were delighted and amazed to learn that the times were the same. They went back out to experiment with really big pushes, teensy pushes, pushes with bodies in the swings, etc. I think the message sunk in!

When they came back in we started on simple machines; the inclined plane and the wedge. Although they seemed to think of the concept of an inclined plane as obvious, we did a little experiment to illustrate the work differential of a very steep ramp and a lower one.

Afterwards, I asked them to try to think of some other types of inclined planes. They had a hard time thinking of anything other than ramps so I wrapped a triangular piece of paper (an inclined plane) around a pen and showed them: 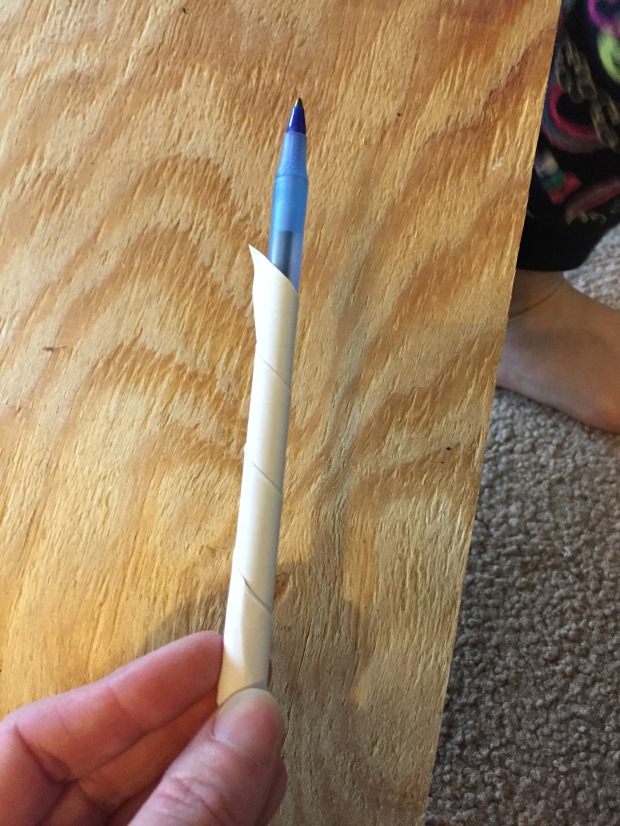 They immediate saw a screw, which is also a wedge so it was a great segway. I also pointed out a road winding up a mountain and we discussed screw jacks, as well. Finally, I introduced levers and told them we would do more with that tomorrow!

One thought on “Physics Week, Part 1:” 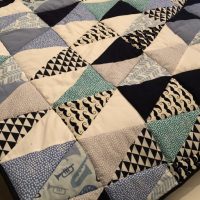 Sewing by the sea

sunshine and sarcasm for the modern woman

Traveling through the wonderment of a curious world.